Military conflicts around the world have shown that: on the modern battlefield, as long as there is systematic support, even a small unmanned weapon system has a very large living space, which can minimize the reduction in combat in some special scenarios. casualties. These equipment are generally composed of situational awareness systems and weapon systems. In situational awareness systems, there are generally bus rings. As a component that rotates and transmits energy and signals, the bus ring can support the optoelectronics on these unmanned equipment. Or the ability of radio situational awareness equipment to obtain 360° unlimited access to surrounding information.

From the perspective of terminal equipment technology, the photoelectric balls used in miniaturized unmanned weapons are relatively low-end products, and their structure is not much more complicated than that of some high-end civilian surveillance cameras, so the bus rings they use will not Like the photoelectric balls on some high-end observation and strike integrated or other special aircraft, it will integrate super multi-channel and support super multi-signal transmission. Therefore, from this aspect, these small unmanned weapons and equipment confluence rings are likely to be common to civilian surveillance cameras.

The LPC1C series of standard products developed by JINPAT Electronics are specially developed for this purpose. This series of products is composed of two standard slip rings, LPC-T and LPCC. The advantage of low power can fully meet the needs of small unmanned equipment in high-intensity combat scenarios. Similarly, the standard products of this series of JINPAT Electronics can support devices with a peak power of up to 1KW after replacing the wire of the LPCC high-frequency slip ring with a 50Ω impedance product, so this series of products becomes a small unmanned weapon equipment platform radar Confluence ring up. When JINPAT LPC1C series bus rings cannot meet the requirements of these small unmanned weapons and equipment, JINPAT Electronics can also provide a large number of mature customized solutions to solve the 360° rotating conduction problem of these equipment sensors. 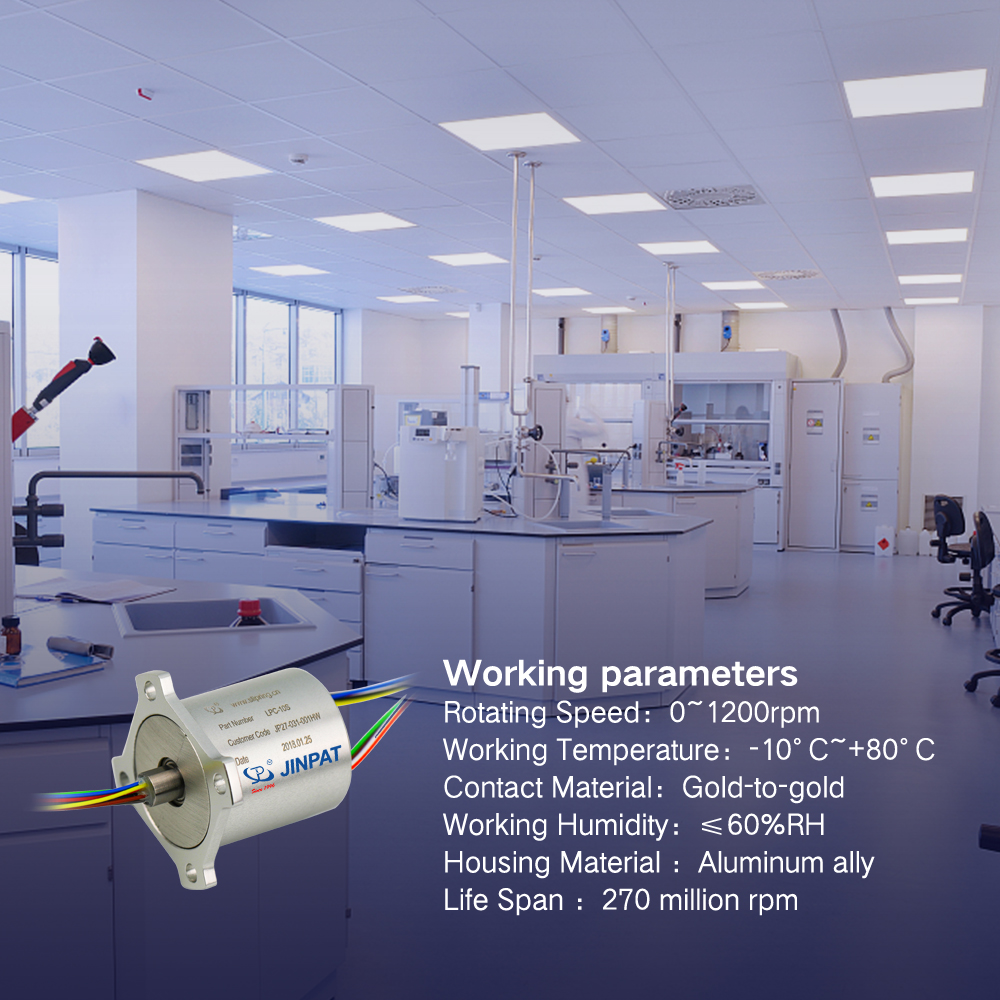