First of all, let's look at one of the simpler products, its model is LPA000-03120-01PE. This product adopts the most commonly used empty frame structure of high current slip rings, carbon brush friction pair, and has a long service life. In order to adapt to In the outdoor environment, the protection level when the rotor is facing up is as high as IP66. The sister model of this product is LPA000-04150-01PE, except that there is one more current path and the single current is 30A larger, other parameters are the same. JINPAT's other product, LPA000-03300-01N-01PE, is similar in structure to the above two products, except that it has one more zero line path than ordinary port machinery high-current slip rings. In addition, according to customer requirements, its When the stator is facing up, the protection level is IP65, which is slightly lower. Of course, this slip ring also has several sister models, so not all of them are listed.

The above are pure power slip rings with a small number of channels without integrated signal modules. When some port machinery has signal transmission requirements, it is still necessary to integrate signal paths for the slip rings equipped with them. JINPAT LPA000-08100-1240-06S This is such an example. In addition to integrating the signal module, this product also has a relatively large number of circuits in the slip ring of JINPAT Port Machinery. In a hollow shaft slip ring, this product has an IP54 degree of protection when the stator faces upwards.

The power of small port machines is not large, so the single-circuit current and working voltage are not large. The working voltage of the above three products is between 380~440VAC, while the working voltage of JINPAT LPA000-02600-0440-12S has reached 750VAC, single-circuit current is 600A, as for the structure, this product adopts the same high-current and weak-current dual-module design as LPA000-08100-1240-06S, so that it can avoid strong current from interfering with the signal path in the weak-current module, and it also has better performance. In addition, the design protection level of the LPA000-02600-0440-12S slip ring is IP67 when the stator is facing up, which is the highest among JINPAT Port Machinery slip rings. 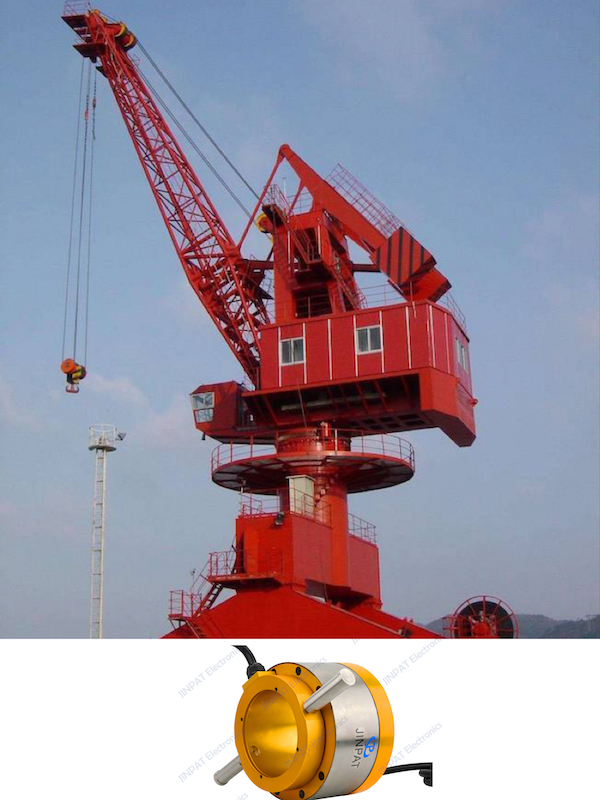